17 photos
The Cincinnati Flood.
In 1937, the Ohio River reached a flood stage of 80 feet at Cincinnati, Ohio...never before or since have we seen such a disaster. From Point Pleasant, West Virginia to Cairo, Illinois, the newspaper headlines of January 1937 confirmed everyone’s worst fears, “River Still Rising”.
Fueled by torrential rains, the Ohio River and its tributaries ravaged towns and cities along their banks. The floodwaters showed no mercy, completely disregarding station in life of its victims. Businesses, homes, and entire communities were reduced to rubble. Those lucky enough to live on higher ground had to contend with food, water and power rationing. With a death toll of more than 350 people, an estimated 1,000,000 individuals left homeless and damages set at $500 million, this disaster ranks as one of the worst natural disasters in the nation’s history. 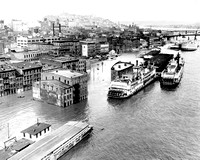 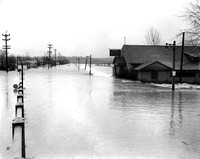 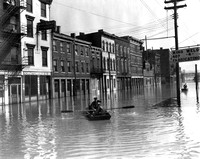