This photo, taken on the west side of Cincinnati, captures several modes of transportation taking shape in the early 20th century. A Streetcar and wagon have apparently collided with one another while the gentleman to the right is seen on a very early form of a motor-bike. Other horses and wagons can be seen in the picture. As soon as the accident is cleared, the Streetcar would head toward Clark Street in the city’s West End neighborhood. 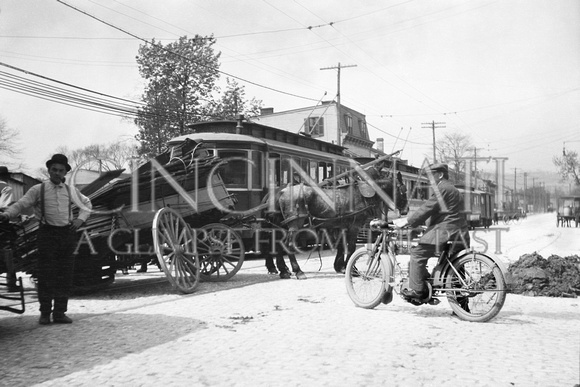